Interested in booking a consultation with one of our team?
Learn More

Breaking habits – despite what our body wants! 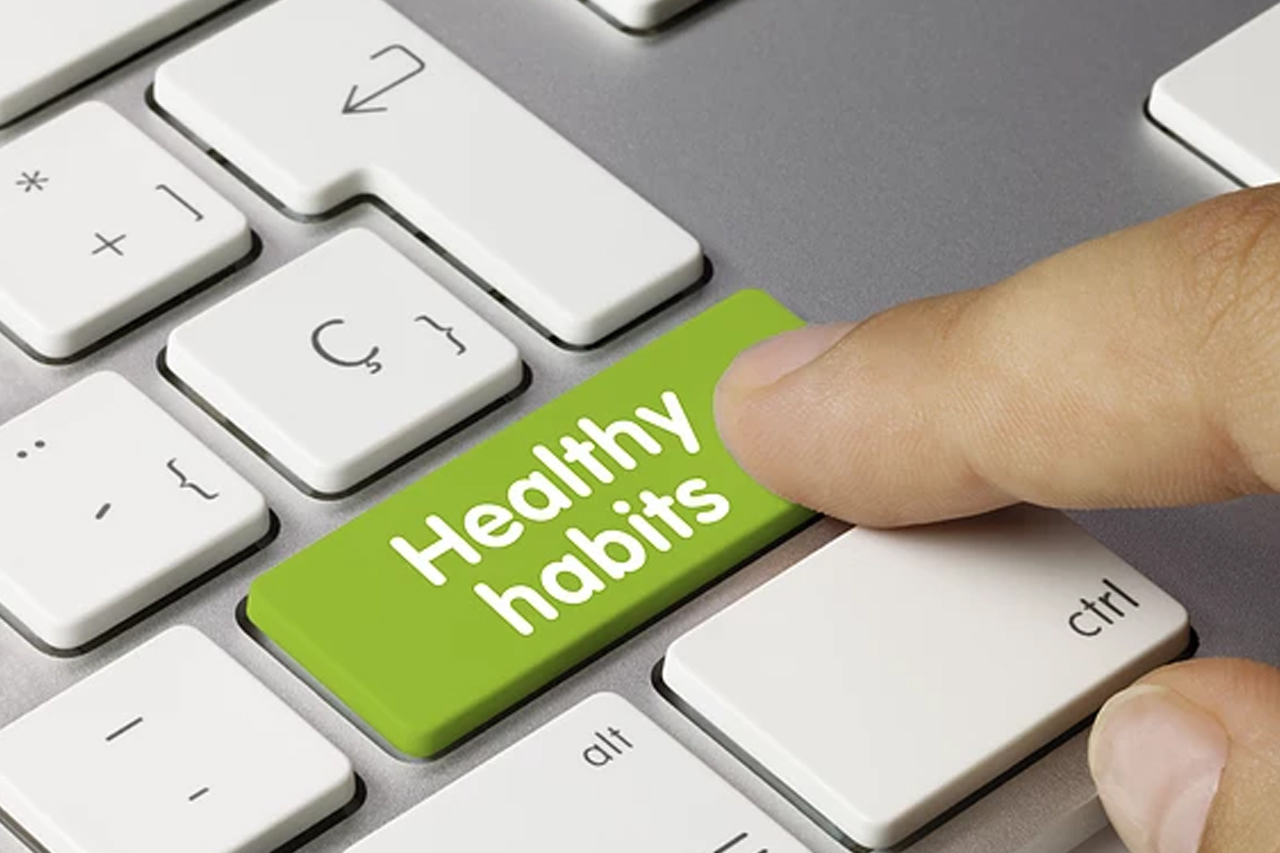 The body and mind doesn’t like change. In fact, it resists it.

Our bodies are perfectly designed to maintain equilibrium, even if that equilibrium isn’t good for us. Some people call it “The comfort zone”.

I once attended a seminar where it was said, “The comfort zone is not really that comfortable. It’s more the familiar zone”.

If we are overweight our body gets used to that, and protects this state, figuring there must be an advantage to it. If our blood pressure is high it does this as well. If someone has a stroke, clinically we see the “pusher syndrome”, where the person will lean to the side they had the stroke – even to the extent that if they were to stand in front of a mirror and be shown that they are leaning to one side, they will still insist that they are straight!

I treated an older lady who was falling every week on a mat in her bathroom. Despite that being the cause of her fall, she resisted taking the mat out because that was what she was used to.

In corporate levels, I’ve also seen this resistance to change.

I’ve seen nursing homes that would have been far better off (both financially and with a higher level of care provided to their residents) if a change was made, but a CEO puts off the change, with no clear reason for delay.

I’ve seen this also with good therapists in aged care.

It can be a simple trap to become resistant to the idea that we need to change how we do things to fit in with the new realities of aged care and changing funding models. “That’s not why I went to university” is a common phrase held on to, resisting. It is this resistance that prevents us from embracing the chance to rewrite the future courses at university.

Why do we resist change when we know it’s good for us?

Why does someone overweight resist eating healthily and exercising? Why does a smoker resist giving up a habit they know is killing them? Why would a CEO who knows something needs to be done to change a nursing home’s bottom line and improve resident care not make that change? Why would a therapist cling to outdated ideas that don’t suit their clients or organisations they work at, making themselves unhappy in the process when others are willing to change?

The reason is our body (and mind) resist change.

However, in evolution, if we don’t change and adapt, we die.

So, long term, we are designed to change. But change doesn’t happen lightly. We don’t want to risk our evolution by changing unnecessarily. Do we really want to leave this valley we have known and strike out for a new one? We had better be really sure. So, we have an inbuilt mechanism to be wary of new things, new ideas.

History is full of stories of new ideas being criticised. The world being round was a new idea once too.

As the German philosopher, Arthur Schopenhauer wrote, “All truth passes through three stages. First, it is ridiculed. Second, it is violently opposed. Third, it is accepted as being self-evident.”

So, as health professionals, when we talk to our clients, we are usually talking about a new way for that person to do something.

And we should expect resistance.

When I’m talking with a CEO about a new funding possibility, it’s exactly the same thing.

Deep down the client knows they need to make a change, or they wouldn’t be coming to us (or letting us talk with them in an aged care setting). The trick is getting around the inbuilt protection mechanism to allow change to occur. Because any and all of us can change, if the protective mechanism deems that it is for our highest good. The protective mechanism exists because the unconscious mind has a program to warn us of danger, just in case the end result is harm.

I often joke with my clients, when they are doing something new (like going to the gym to rehabilitate a back injury, and they are nervous when they are first going to push a weight with their legs again), that the body and mind always worries we are going to die! That part of the brain is not exactly rational. It’s designed to automatically react. If we’re walking along in long grass with our fellow cave man, we aren’t hard wired to analyse critically for hours what that rustling sound is in the grass. Best to be on guard and ready to run!

The lady, resisting the mat being moved, worries that allowing any change to her home may mean she has lost control and then will be moved to a nursing home (even though paradoxically if she falls she’ll create this very situation). The smoker worries that if they can’t smoke they can’t deal with stress which may kill them. The overeater deals with emotion with food the same way, and worries they won’t live if the food is taken away from them. The CEO worries they will look bad to their board if things go wrong, so best to stick to the status quo and not create change.

The unconscious only relaxes its very strong control when it knows there is a better way, but this way is often gained gradually.

The cold turkey method of giving up smoking has a very poor success rate. It’s too much of a shock to the body’s system.

Getting someone to start running marathons would never be prescribed to someone who has not exercised in 20 years.

Gradual change is the key or making change in other areas.

In “Power of habit”, Charles Duhig describes how certain “keystone” habits such as making the bed each morning can lead you to pay the credit card off faster, lose weight and start exercising. Changing in one area seems to lead to change in others.

You can’t go from eating McDonalds every day to salad tomorrow. You might, but this change is unlikely to last.

I know myself, when I first realised my eating was terrible years ago, I couldn’t change my habits overnight. I started with simple things like eating meat less often, only drinking cordial every 2nd drink (and now not at all).

Lots of micro changes lead to macro changes. And what we do every day is more important than an occasional big change we make. It works in other disciplines as well.

A writer who writes 300 words a day will write 100,000 in a year. And yet most writers will put all their efforts into a few weekends a year where they try to write 10,000 words.

I had a client once who said they were too tired to exercise on the pedal exerciser I got them for home. I asked them if they were too tired to exercise for 10 seconds? Of course, that was OK. The survival part of the brain let them do this. That won’t kill me! Of course, once they started, they did more than 10 seconds, because they felt good from doing it. But they’d gotten past the body’s survival protection mechanism.

So, next time you’re trying to change a big habit, break it down to its micro.

Can you go an hour without a cigarette you normally have, by replacing it with something that helps your stress? You’ve then changed a pathway because you’ve shown that part of your brain you’re not going to die.

You may still need some professional help to make the big change, but you’ll be more likely to accept their suggestions if you’ve tried it yourself first. And, therapists who suggest micro changes will find their client more willing to try than if we go straight to the macro. In corporate levels, starting with showing people a better way and testing it to see the results.

The body needs an immediate reward though when it makes a change, to show it’s on the right track and the proposed change is worthwhile. Staff do as well when we make corporate change.

If you can visualise yourself in the new habit you are more likely to succeed as well, especially if it’s a positive. The overeater who can even imagine themselves as someone healthy. Don’t worry about the how. That part of the brain doesn’t distinguish well from reality anyway. If it knows where it’s going, and you then start the micro change, the macro will occur before you even know it.

And remember – you’re not going to die!

dev@fivebyfive.com.au
PrevPreviousLiving in a world of numbers
NextTop 10 things to ask in an interview for a job in pain managementNext